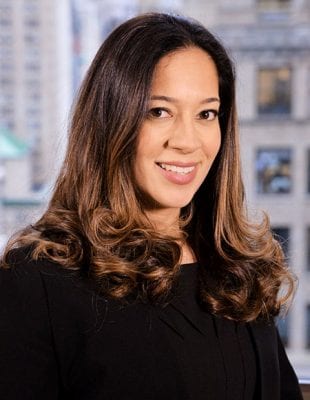 Liza Milgrim-Reyes is the first Hispanic partner at Sullivan Papain Block McGrath Coffinas & Cannavo, P.C., one of New York State’s premier personal injury and medical malpractice law firms with offices in Garden City, Manhattan, Cutchogue and New Jersey. She works in the general negligence division where she handles a variety of cases representing victims seriously injured in construction accidents, motor vehicle accidents, premises accidents, lead paint exposure and nursing home negligence. She has earned a reputation of being a tough and thorough litigator who achieves maximum financial recovery for her clients. She has obtained numerous seven figure settlements and had one of the largest settlements obtained in New York State for a pedestrian struck by a motor vehicle. She was recognized by the Puerto Rican Bar Association and Brooklyn Borough President for her achievements and was listed as No. 81 in City and State’s Long Island Power 100 in 2020. Before serving as the President of the LIHBA, Liza served as President-elect and Secretary.

Liza was raised in Brooklyn, New York where she attended public school. She then attended Brandeis University in Waltham, Massachusetts and returned home to attend St. John’s University School of Law where she received many accolades on the Moot Court competition team. She knows first-hand the struggles and challenges of the immigrant community as her own mother immigrated from Ecuador. Liza is honored to serve her community in her roles as an attorney and the President of the LIHBA. She resides on Long Island with her husband and two young children 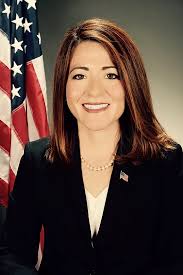 The Hon. Linda K. Mejias is Past President of the LIHBA, and she is a sitting Judge in the Nassau County Family – the first and only Latina elected to that position. She proudly and joyfully serves her community in that position.

Judge Mejias is active in her local community and church as a mentor and leader. She is passionate about helping young members of the Latino community, especially young women, understand and appreciate their full potential. She encourages her mentees to take the time to develop and take care of themselves in the various areas of their lives – education, professional development, health, spirituality, and relationships.

Judge Mejias, is a First Generation American, whose Mother immigrated to the United States from Ecuador in 1963, and whose Father came from Cuba in 1962 and was an anti-communist leader. She is fluent in Spanish, and proficient in German and Italian. Judge Mejias is also a devoted mother to her treasured son, David, and wife to her wonderful husband, Dorian R. Glover, Esq., current President of the Nassau County Bar Association. 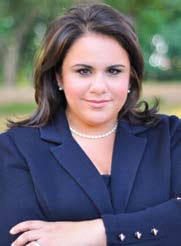 Justice Voutsinas was born in Corona, Queens, to parents who met soon after each had immigrated to New York. Her mother had come from the Dominican Republic and her father from Greece. Justice Voutsinas’ roots from the Dominican Republic date back to the 1600’s. She had the benefit of learning both cultures and languages due to her extensive Dominican family who had immigrated to New York, including her grandfather who lived with her during her childhood.

In 2018, Judge Voutsinas became the first Latina elected to the Supreme Court Bench.  Within two years of serving as a Justice of the Supreme Court she became the first Latina appointed to the Appellate Term for the Ninth and Tenth Judicial Districts. Justice Voutsinas continues her active involvement in the community by mentoring young Latino attorneys and future Judges. 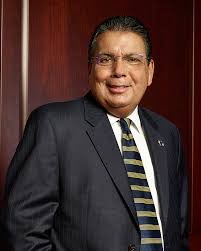 Born and raised in Brooklyn of Latino immigrant parents, I went on to attend the Jesuit high school, Brooklyn Prep, then St. Francis College,from which I graduated summa cum laude,and later Columbia University School of Law,where I attended on a scholarship.I have worked the past 37 years in the field of medical malpractice,nursing home,labor law/construction site accidents,products liability,premises liability,motor vehicle accidents and general personal injury,as a trial attorney,initially on behalf of defendants,and for the last 20 years solely on behalf of plaintiffs. Since 2010,I've been with the highly successful medical malpractice, nursing home, product liability,premises liability,labor law/construction site accident, motor vehicle and general personal injury firm of Duffy & Duffy, PLLC (duffyduffylaw.com),representing injured parties, throughout the tri-state area. While active in several Latino Bar Associations, and as a past President of the Long Island Bar Association (LIHBA),I mentor a number of young, up and coming, Latino/a lawyers ,and, as a bilingual attorney ,I take pride in representing a good many Latino/a clients, throughout the New York metropolitan region. 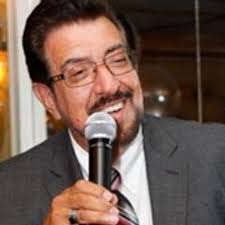 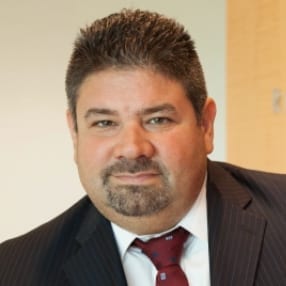 Frank is a Partner in the firm's Insurance Coverage & Litigation Practice Group, and is resident in the Uniondale, New York office. While with the firm, Frank has been involved in all aspects of insurance, toxic tort and construction defect litigation. Additionally, he analyzes and handles coverage claims on behalf of the firm's insurance clients. He has obtained numerous significant legal victories in both state and federal courts throughout the nation and has been successful in obtaining the early resolution of numerous complex insurance coverage cases.

Prior to joining the firm, Frank was associated with a mid-sized law firm where he litigated in a variety of fields, including general liability, municipal liability, civil rights, employment discrimination and insurance coverage.

While at New York Law School, Frank distinguished himself as a student by winning the Froessel Moot Court competition in 2000. He was also a finalist in the ABA's Regionals Moot Court Competition and ranked eighth best oralist at the ABA's Nationals Moot Court Competition. He also served as an editor to New York Law School's Journal for International and Comparative Law, where his Note, "The International Internet Rating System," 20 N.Y.L. Sch. J. Int'l. & Comp. L. 599, was published. Upon graduation, Frank was awarded New York Law School's Justice William Kapelman Memorial Award for excellence in oral argument and the Ernst C. Stiefel Award for excellence in legal writing.

Frank is President of the Long Island Hispanic Bar Association and serves as the General Counsel of The Long Island Hispanic Chamber of Commerce. Frank is a mentor to ESL students in a program sponsored by Rivkin Radler, the Mentoring Partnership of Long Island and the Summit Lane Elementary School in Levittown, New York. He also serves on the MPLI Leadership Council.

Frank is a U.S. Army veteran and an ROTC Distinguished Military Graduate. 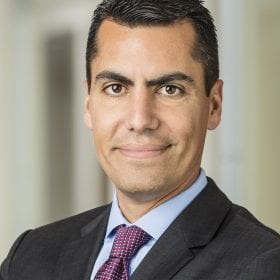 During his career, Richard has been dedicated to advancing and protecting the legal rights of the Hispanic community on Long Island.  In 2010, Richard was elected as the President of the Long Island Hispanic Bar Association (LIHBA).  During his tenure as President, Richard oversaw the creation of the Long Island Hispanic Bar Association Community Service Fund (LIHBACSF), a non-profit created to help foster and promote the Long Island Hispanic community’s legal, educational and charitable missions.  From 2011 to 2014, Richard served as President of the LIHBACSF.  During his tenure as President, the LIHBACSF raised tens of thousands of dollars to assist groups that advocate on behalf of struggling Hispanic communities, children, low income families and victims of natural disasters.  The LIHBACSF also developed six summer fellowships for local law students at the Suffolk County and Nassau County District Attorneys’ offices.  In 2013 the LIHBACSF participated with their partner Bethpage Federal Credit Union in the creation and implementation of a ground-breaking full three-year scholarship for a diverse Hofstra Law School student that has shown a commitment to community service.  This unique scholarship included a summer fellowship at a major Long Island law firm and a paid fellowship at the conclusion of the second year of law school.  Based on the success of that scholarship, in 2014 the LIHBACSF created the Luis Pagan Leadership Scholarship to be awarded to a diverse Touro Law School Student that also included a summer fellowship at another major Long Island law firm. 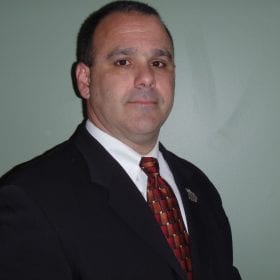 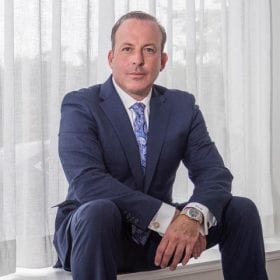 Attorney David Mejias is a managing partner with the Mejias Milgrim & Alvarado, P.C., law firm, which has offices in Glen Cove and Hempstead, New York. Serving individuals and families throughout Nassau County and all of Long Island and the rest of the state, Mr. Mejias focuses his practice primarily on family law and divorce as well as serious personal injury and wrongful death claims.

A fierce advocate for those in need, Mr. Mejias has earned a reputation for his integrity, tenacity and tireless work ethic. He understands that an attorney is supposed to serve his or her clients and act as a trustworthy guide and counselor during their most difficult and trying times.

Using this philosophy as the driving force behind his practice, Mr. Mejias has earned high marks from both his clients and peers alike, and, in 2015, Long Island Pulse magazine voted him as the Best Divorce Lawyer on Long Island. Additionally, Long Island Business News named him to its list of 40 Rising Stars Under 40, and Long Island Press has named him among the 50 Most Powerful and Influential Long Islanders for the past four years.

Mr. Mejias' influence does not stop with his legal practice. Since being elected to the Nassau County Legislature in 2003, Mr. Mejias has helped shaped legislation that affects thousands of local residents, and he has been instrumental in introducing and implementing new legislation aimed at restricting and monitoring sex offenders.

A 1992 graduate of the University at Albany School of Business, Mr. Mejias obtained his Juris Doctor from Fordham University School of Law in 1995. He is the current chairman of the Long Island Hispanic Bar Association, and he also serves as vice president for the Nassau County Democratic Party. 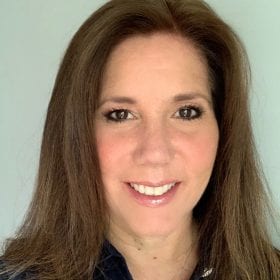 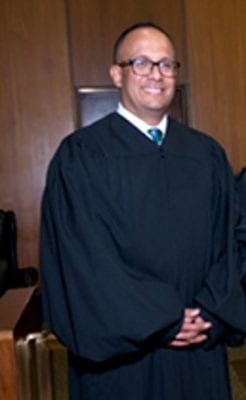 The Hon. Hector D. LaSalle is an associate justice for the Supreme Court of the State of New York, Appellate Division, Second Judicial Department. He was appointed to the Appellate Division by Governor Andrew Cuomo in January 2014.

LaSalle received a BA in political science from Pennsylvania State University in1990. He went on to complete a J.D. at the University of Michigan School of Law in 1993. 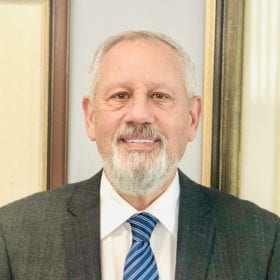 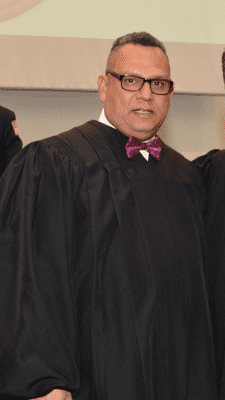 He graduated with his BA in government and politics from St. John's University in 1982 Whilein college, Goglas began serving as a police officer with the New York City Transit Police Department in 1981. He went on to earn his J.D. from Brooklyn Law school in 1987 while maintaining his role with the Transit Police.

Goglas began his legal career in 1991 as an assistant county attorney with the Suffolk County Department of Law. During his three-year tenure there, he was assigned to its Torts Bureau and Family Court Bureau.

In addition to his work as an assistant county attorney, Goglas joined the Central Islip Fire Department as a volunteer firefighter in 1993. As part of his involvement with the Department, he has been trained as an Advanced Firef1ght er/Hazmat, Safety Officer (2009) and as a Tech Team/High Angle Rope Rescue, Confined Space Trench Rescue Firefighter I (2010).

After leaving the Suffolk County Department of Law in 1994, he then joined the New York state Unified Court System as a hearing examiner for the Suffolk County Family Court. where he conducted hearings on Issues pertaining to support determination and paternity.

Then, in 2003, Goglas became an assistant town attorney for the Town of Smithtown in Suffolk County. During his seven-year tenure there, he also served as a special prosecutor for the Village of Lake Grove (2006 to 2010) and for the Village of Islandia (2005 to 2010). He would continue in those capacities until his election to the District Court.

While on the County Court bench, Judge Goglas has presided over the Judicial Diversion Program in Suffolk County. The program helps felony offenders of non-violent crimes, who also suffer from alcohol and drug addiction, to receive substance treatment in lieu of jail time or probation.

He has also served as a founding member and past president of the Long Island Hispanic Bar Association.